A 90th minute Aaron Ramsey goal broke the hearts of a determined Crystal Palace side to give Arsenal a deserved three points on the opening day of the Premier League season.

It was cruel on plucky Palace who until then had defended resolutely to keep the likes of Santi Cazorla and new £35 million man Alexis Sanchez at bay for the majority of the match.

Crystal Palace, once again in the temporary hands of Keith Millen, took a shock lead at the Emirates stadium though after 35 minutes when Hangeland headed in Jason Puncheon’s corner.

Zonal marking let Arsenal down as it so often has done in the past. Hangeland lost his marker, bizarrely the tiny Alexis Sanchez, with ease and seized on the cross before a daydreaming Koscielny and made it 0-1 Palace for his first goal in three years.

Hangeland was guilty of poor marking from a set piece ten minutes later however, coincidentally it was Koscielny atoning for his error to head Arsenal level in first half stoppage time. 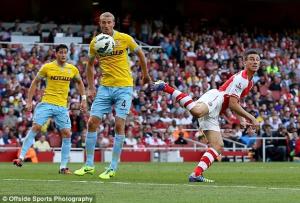 Puncheon received his marching orders two minutes from time when a late challenge on substitute Nacho Monreal merited a second yellow card and shortly after Palace were punished. 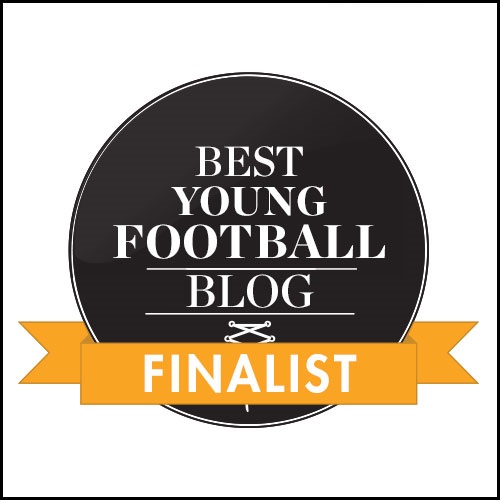